Hmm… should I even be posting this. It is certainly not a Dansk Gevær, not even Scandinavian, so why is it here? Well Christel did a deal on this rifle many months ago however for a variety of reasons it never actually got shipped to us until just a few days ago.

So what we have here is a service rifle for the Swiss Army which means there is a very good chance it was never used in anger, in fact given Switzerland’s neutrality it should have had an easy life, the thing is had it?

Only one way to find out, pull it apart!

The woodwork was in suspiciously good condition and closer examination showed a number top rear of the butt that did not match up with the iron work, new wood maybe? I dropped the stock bands off, removed the upper hand guard and interestingly the number stamped on the underside matched the receiver, bolt and barrel which was encouraging. The magazine displays the same number as well so all matching metal so far. Removing the trigger guard/bottom metal revealed a trigger and guard that matched and of even more interest the stock also has the same number as the rest of the rifle stamped inside so it is an all matching rifle in that respect. I have no idea what the different number on the upper side of the stock is for.

General condition, well the bore was already shiny however I set to work with a wipe through with a cleaning product I am testing and whilst that was doing it’s work I had a chance to check the rest of the metal work over. Some minor surface rust was visible on the receiver however this wiped off, the bluing has lightened with time but is still quite fine and the inside although oily soon cleaned up.

The bolt on the M1896/11 is an odd affair as the rifle is a straight pull however it strips very easily without tools and again is in good condition. I stripped and assembled the bolt a few times and found myself getting quite slick at the process however I am not really at the blindfolded stage for this. I will time myself on the process some day 🙂 I do find the operation of the bolt quite clunky and this seems to be down to the bolt release catch which acts as a stop as well, it uses quite a powerful spring so the bolt needs a good yank to open, hardly into Swiss wristwatch territory.

The barrel twist is 1:10.63″ so quite capable of coping with a heavy bullet and GP11 uses a 174 grain bullet. It is well documented that the GP11 bullet design was well studied by the US Army Ordinance during the development of the 30-06 round. On the subject of the barrel I had steadily scrubbed the barrel with ‘Product X’ and the amount of blue showing on the last few patches was steadily diminishing so I passed a couple of water damped patches through and had a chance to marvel at the amount of carbon fouling that came out before it eventually patched clean. I finished with an oiled patch and reassembled the rifle. About the only thing left to do now is shoot it and check the bedding screws, the accuracy can be skewed if the tang screw is incorrectly tightened, the best place to check this is on the range which will be some time in the new year.

So is the Viking pleased with it? She tells me she thinks it is a cracking looking rifle, personally it seems to fall into the SOWR category which she has fallen head over heels in love with. I will stick to my Accuracy International..

UPDATE –  A quick post to the Gunboards forum regarding the second number on the stock received this reply:

The 26 cantons of Switzerland are the member states of the federal state of Switzerland. Each canton was a fully sovereign state with its own border controls, army and currency from the Treaty of Westphalia (1648) until the establishment of the Swiss federal state in 1848. The most recently created canton is the Canton of Jura, which separated from the Canton of Bern in 1979.

The name is derived from the French language word canton meaning corner or district (from which the term Cantonment is also derived).

UPDATE – After some more research (OK I mostly asked questions on the SRDC forum) I can update this post.

This particular M1896/11 was built in 1910 almost certainly at the Canton of Bern Arsenal and updated sometime between 1913 and 1920 with new rear sights and a barrel built by SIG. The rifle remained in service until 1948 when the soldier the rifle had been issued to elected to keep his firearm upon his retirement. In 2006 the rifle was proof tested by the Beschussamt Ulm (Ulm Proof House in Germany) So it is fairly safe to assume it had left Switzerland and was in Germany, sometime later it ended up in the UK and was purchased from the owner in August 2012 and eventually arrived home end of December 2012.

Sadly the stock has been scrubbed at some point so there is not a lot to be see, however you can still see the original Bern Arsenal inventory number and on the end is what looks like a bear which denotes it was built at Bern 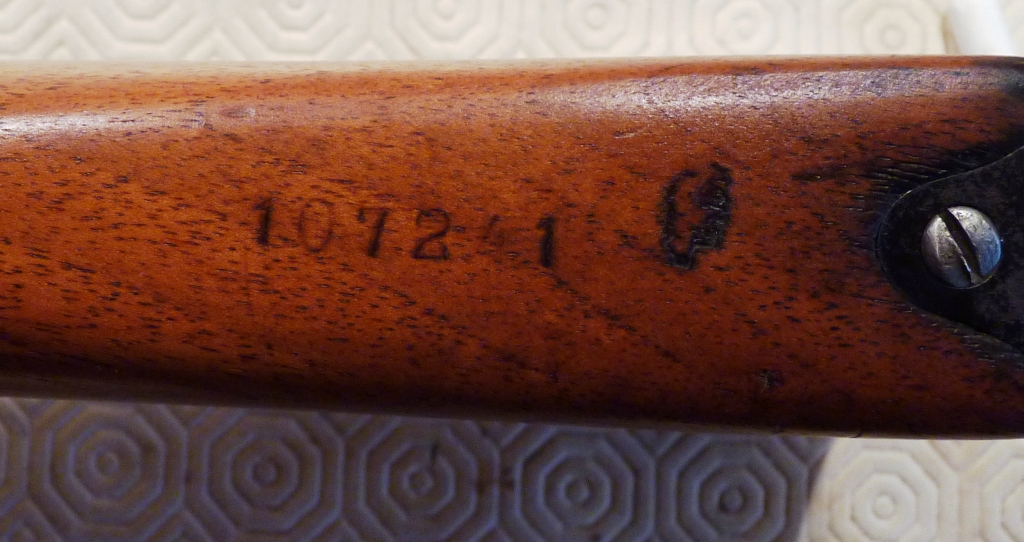 The tang shows AG which is the German year code for 2006 and the antler to the right is from the Ulf Proof House. 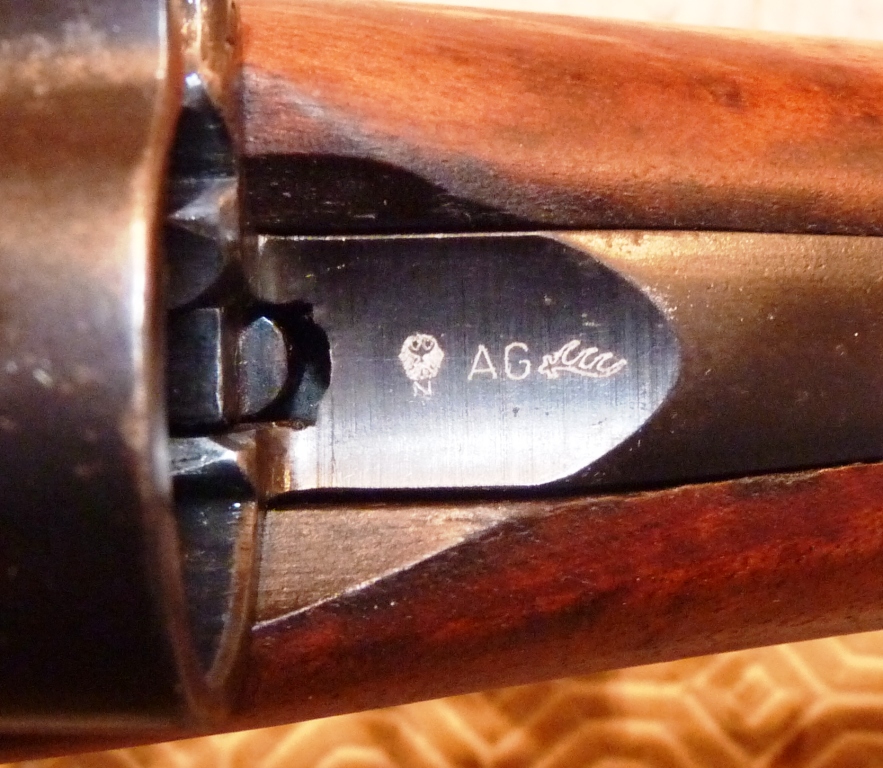 The P.48 shows a soldier chose to take this rifle with him when he left the Army in 1948, I am not sure what the N behind the sight means and there is also a heart on it’s side on the barrel I cannot find any reference to.

Bottom view shows the barrel came from the SIG factory however I am not sure what the B.38 refers to, something SIG again maybe? I assume the serial is that of the barrel prior to fit.

I find this make of rifle quite fascinating and I am looking forward to finding out a bit more about the marque, I have already suggested Christel could do with another one!